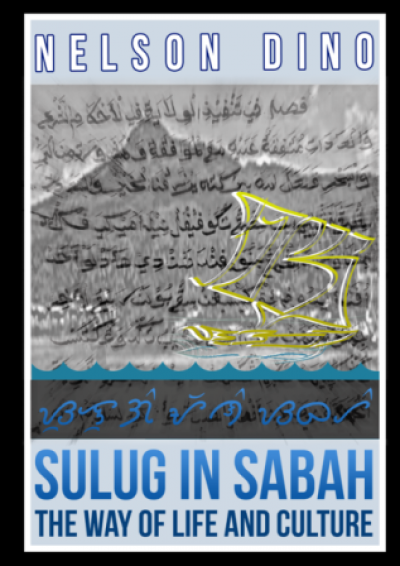 SULUG IN SABAH: THE WAY OF LIFE AND CULTURE

The Suluks have always been somewhat misunderstood as a people. To the outside world whose insights are based mostly on information gathered from occasional coverage in newspapers and other media, they are a barbaric race, prone to committing acts of brutality and senseless aggression. In Sabah, even though they are legally natives, the Suluks are still seen today as sort of enemies of the society, stereotyped as potential troublemakers. For these reasons, they are regarded as “outsiders” by many Sabahans and Malaysians. In this book we get to closely examine the truth about the Suluks and how they really are in real day-to-day life. Through the eyes of ordinary Suluks, we get a glimpse of the everyday struggles of a people. We uncover their dreams and aspirations. We also get to look closely at the roles the Suluks played politically, historically, and economically in the development of Sabah. We also get to understand what roles they play in shaping the future of Sabahan society. By examining the Suluks more objectively, we can develop a platform for harmonious co-existence among Malaysians, and ensure the active participation of the Suluks in the local communities. I believe this book is rather timely and particularly relevant. At the moment, Sabah is beset with issues concerning undocumented immigrants, many of them Suluks and of Suluk origin. Through this book we get to see another side of this often neglected and misunderstood ethnic group, looking at them as artisans, politicians, poets, musicians and business people. We get to familiarise ourselves with their food, religious belief, culture, and traditions. We get to see the kind of social activities that bind them together. The aim is for the readers to acquire a better understanding of the Suluks in order to strengthen the foundations of a multi-ethnic country that Malaysia is. There are Suluk personalities whose immense contributions in history have yet to be given due recognition. This book sheds some light into their achievements, not with the intent of glorifying them as individuals, but rather to emphasize what Suluks are capable of and their future potential social contribution to Sabah and to Malaysia. The Suluks’ sense of connection with their past has always been strong. Although spread out geographically around neighbouring islands such as the Philippines, Malaysia and Indonesia, they are connected by the sea. The Suluks in Sabah have ties to their brethren in the Sulu archipelago, an area now politically administered by the Republic of the Philippines. Despite having different citizenships, they are inevitably one ethnic group. An Islamic liberation war in the 1970s had a lot of impact on the lives of Suluks in the Philippines. The suffering thereafter led to their influx to Sabah to seek better lives, away from all vestiges of war. Many of these Suluks are now in Malaysia as undocumented immigrants. There had never been any formal education offered to them in the past. Recently however, the Malaysian government initiated programs that would allow them to seek alternative education and thus a better life prospect for the future. I sincerely hope this book will encourage more Malaysians to be more objective and understanding. After all, we are one in this vast archipelago; one regardless of beliefs, citizenship, and nationality. Our future is shared, determined by the contributions of every individual in this country — Suluks included. Finally, I hope this book will serve as a compass, a guide for the future. By examining the history, the culture, way of life and the connections of Suluks in Sabah to the Suluks of the Sulu archipelago, we can surely pave the way for a brighter future that is freer, more progressive and unhampered by political issues that seem to threaten us continually in the present.